Senator Kihika who has been the First Vice President in the Bureau ascended to the position after her predecessor Hon Ulrika Karlsson of Sweden lost her parliamentary seat following the September 2018 election.

Her first official function as the Bureau President was on Sunday when she officially opened and chaired the 28th Forum of Women Parliamentarians of the Inter-parliamentary Union (IPU) at the Centre International de Conférences Genève (CICG) in Geneva, Switzerland.

“Should the President die, resign or lose her seat in Parliament, the First Vice President shall serve as President for the remainder of the term,” read rule 4.4 of the Bureau.

Addressing delegates during the 28th Forum of Women Parliamentarians, Senator Kihika said she was honoured and would work hard to promote the ideals of the Bureau.

“I look forward to working with each of you to promote gender equality and women empowerment in the IPU and in our member Parliaments,” she added.

The President of the Inter-Parliamentary Union, Hon Gabriela Cuevas Barron who is a Senator in Mexico congratulated Sen Kihika on her Presidency saying she has “full confidence in Susan who is an extraordinary woman who will champion the Forum’s ideals.”

The Senate Speaker Ken Lusaka has also congratulated her as has scores of residents of Nakuru County where she hails from. 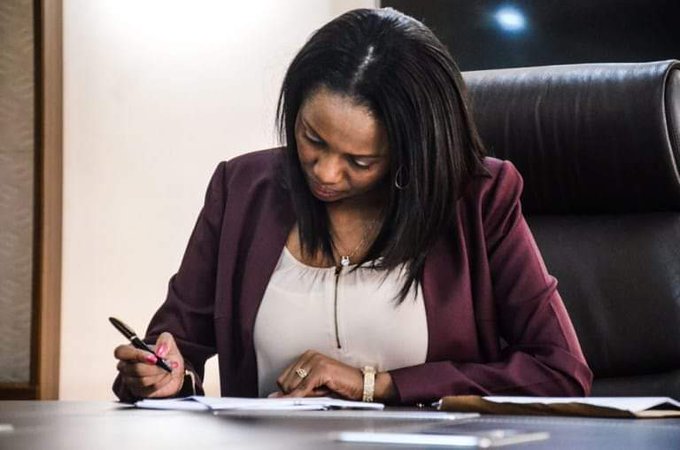 Congratulations to our Nakuru Senator @susankihika She takes over as acting President of the Bureau of Women Parliamentarians under the Inter-Parliamentarians Union. @IPUparliament
Kenya

Sec-Gen @MartinChungong also informed me that Sen @SusanKihika, who was elected as the 1st V-President of the Bureau of Women Parliamentarians during #138IPU in March, will act as President owing to a vacancy in the Presidency. Strong @Senate_KE representation @ #139Assembly!

Susan Kihika was yesterday, Saturday, among members of the Kenyan Delegation who participated in proceedings at the Meeting of the African Geopolitical Group at the Inter-Parliamentary Union (IPU). The outcomes of the meeting will form part of the discussions in the 139th Forum of IPU which takes place between 14th – 18th October 2018.